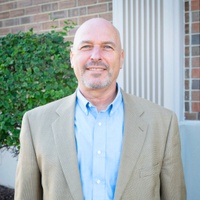 Salvatore (Sal) Vanadia built a career as a financial advisor for one reason: to help others build and strengthen their financial futures. Prior to his current role as Financial Advisor with The State Wealth Advisors (through The State Bank’s main office in Fenton), Sal had worked for Bank of America/Merrill Edge since 2016 and Citizens and Chase in prior years, bringing more than a decade of financial experience to the table. He made the move to The State Bank for its stronger community ties and the ability it would provide him to focus entirely on helping customers with their investing, taking the time needed to get to know customers and their financial needs. This is the best thing about being a financial advisor — the solid relationships you build with customers, and the rewards of helping them establish their financial goals and witnessing the confidence they exude in knowing their financial plan is in place.  The amount of time you are able to spend with people is an enormous asset in being able to help them make the best possible choices with their money.

Sal grew up in the Cleveland area and is a proud Ohio State University graduate (go Buckeyes), with a BSBA degree in Finance. His career brought him to Michigan in 1996. He’s now a Waterford resident, and when he’s not talking finances, you’ll most likely find him spending time with his wife, Jennifer, and his children, Victoria and Sebastian. (In fact, he’s smack dab in the middle of helping put his two children through college, an experience not for the faint of heart, and an experience he’s passionate about using to help others do the same.)

You might catch him at one of Sebastian’s lacrosse or hockey games, or you might see him walking his three dogs, Lula, Trevor and Nigel (adopt, don’t shop) – or herding his three pet ducks (yes, you read that correctly.) Or you might see him cooking one of his signature pasta dishes or baking one of his signature loaves of robust, round Italian farm bread.

In addition to his Finance degree, Sal is a CRPC and holds series 7, 63 and 65 licenses, along with life insurance, accident and health and variable contract licenses.